I love the word unleashed. It recognizes we have all been taught to be good, to silence ourselves for others, to smooth things out instead of stir things up. We’ve been leashed. Our spirits domesticated. It is when we recognize it, we can choose to unleash our spirits… and watch out world! 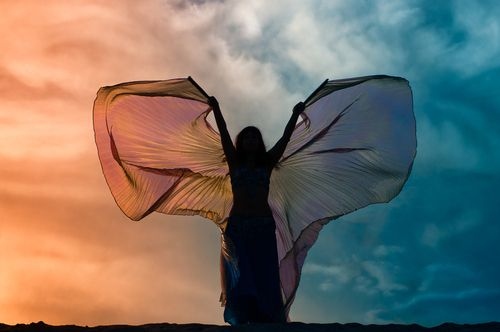 Last week I shared my recent journey to find my voice in the midst of social pressure. Finding your voice is one of the first steps to unleashing your spirit. It is good to say you want something, but it’s entirely different actually do something about it. We may say we want a slimmer body, but we won’t lose the weight unless we stop eating ice cream or start moving our bodies. We may say we want to start a business, but we’ll still be talking about it years from now if all we do is talk about it. There is the saying- Talk is cheap. I don’t believe talk is cheap. Talk is incredibly powerful, but I do believe taking action shows a deeper level of commitment.

Taking action is harder then talking about it.

It’s easy to say you believe everyone should have clean drinking water or follow their dreams. It takes effort, and more importantly your time to do something about it. If you feel called, you’ll sign the petition, raise the money, sign the lease, announce the workshop. 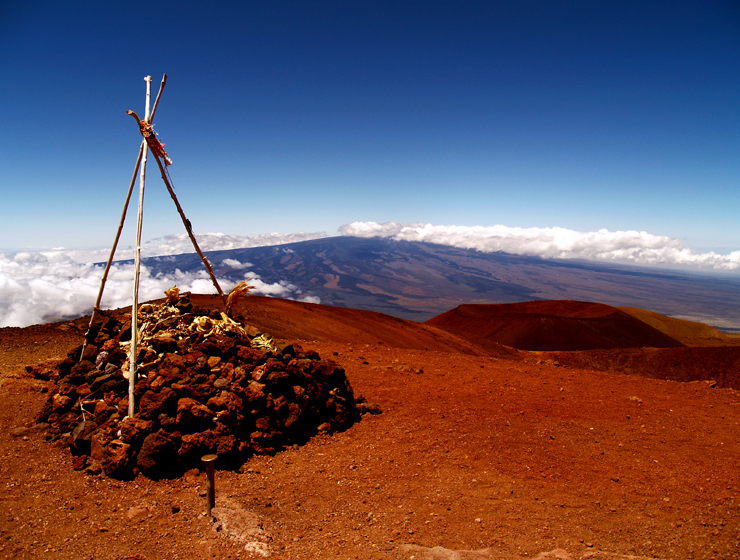 This week I learned a lot about myself and what I am willing to stand for. It was a big deal for me to voice my opposition to the 30 meter telescope going on Mauna Kea conservation land. I had to fight my demons… What would my friends think of me? Would people get upset? Thursday, I learned the power of taking action.

In the morning I got a text from my hula sister saying they were arresting people on the mountain who were blocking the road to stop the construction workers. I felt sick to my stomach. I remember the feeling in my body and knew I wanted to do something, but I was scared. At first I told myself I couldn’t do anything about it. I had to teach a class, was to be interviewed, and had to pick my kids up from school. But, when I really started thinking about it, I realized I could do something about it. I could take action. It wasn’t going to be easy, but I could do it. I had a choice.

So I canceled my class and interview, and arranged for Tony to pick up the kids from school. I asked him to be by his cell phone in case I was arrested and needed to be bailed out of jail. I tied ti leaves on my car, said a prayer and headed up the mountain.

When I arrived, the first wave of arrests had already taken place. Other protectors were higher up the mountain, standing in the road, chanting, dancing, doing as much as they could to hold the construction workers back. 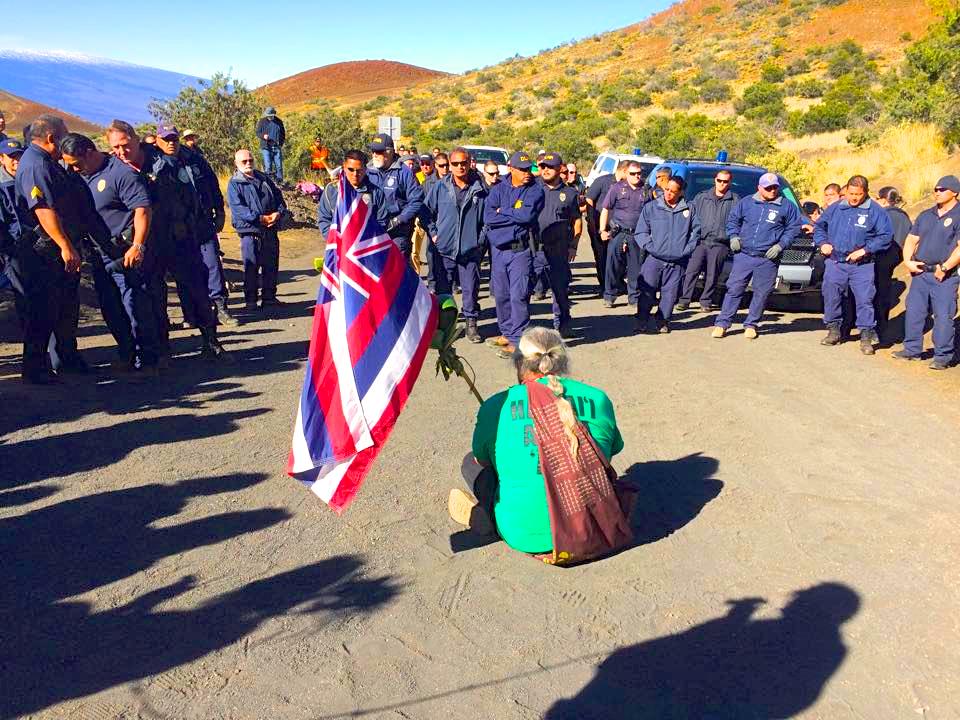 I stayed at the main gathering area, grabbed a posterboard and had several young kids help me paint my message. As tourists passed the visitor center, I shared WHY we were standing for the mountain and handed out information pamphlets. As the day wore on, police vehicles passed us carrying those they had arrested down the mountain. One by one those who chose were arrested, until at the top of the mountain, a group made a final plea. 31 total were arrested that day. Most kupuna or elders.

That day I thought a lot about the mountain. I knew there were MANY who cared but who couldn’t physically be there. How could we gather everyone? Stand together FOR the mountain? Remind people that each person’s voice matters?

The people are gathering. 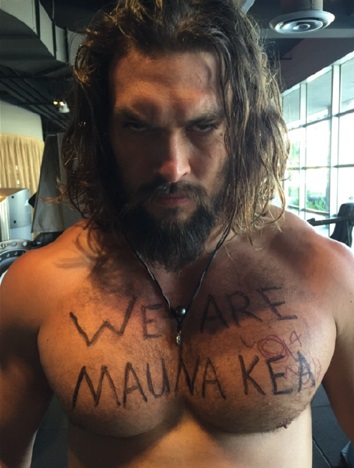 Hollywood actors, musicians, old-time protesters, Hawaiians, non-Hawaiians, environmentalists, Hawaiian cultural practitioners… The arrests sparked something and now it is snowballing. Others are taking action. They are signing petitions, forwarding videos on Facebook, taking pictures of themselves holding signs on Instagram, calling the governors office requesting change.

The people are rising.

Since Thursday I’ve been up and down the mountain a couple times. There are days I can’t drive up and so I waive my ALOHA sign during organized rallies or share and educate as much as I can on social media. Today I had 30 minutes so I stood along the side of the road by myself waving my sign.

Because ONE PERSON MAKES A DIFFERENCE.

It’s a myth to believe that your voice doesn’t matter or doing 1 thing won’t change anything.

That myth is what stops change.

If you took action on everything you wanted, how would the world change? How would YOU change?

What are you going to take action on?

What impossible dream or vision do you have?

What calls to your heart?

Today from 3-6p Hawaii time, people are standing up all over the world to support Mauna Kea. I will be there waving my sign, singing my chants, offering the gift of me because I know I MAKE A DIFFERENCE. 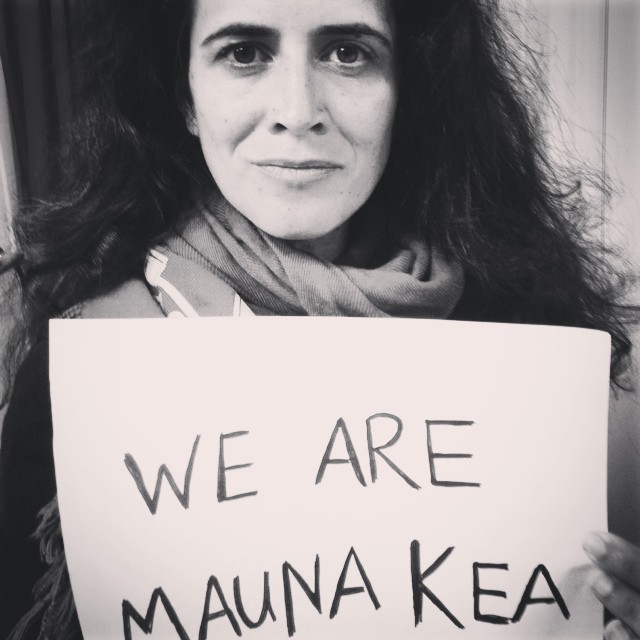 You do too. PLEASE take 30 seconds and help me take action for Mauna Kea:

Comment below. What is 1 thing you are inspired to take action on NOW?