stop stopping. how to move through fear.

What if that were true? What if fear was actually pointing you towards what you’re supposed to be doing instead of stopping you?

When I was 15, fear pointed me down my path.

My mom had died 2 years before. My dad was doing his best to hold things together. I had shut down in my grief. I retreated into the world of books. I stopped going out, ate a lot of take out, mocha almond fudge ice cream shakes, and gained 30 pounds. When I overheard someone talk about an exchange program, I felt fear… and excitement.

That feeling woke me up. I started thinking… could I really do it? What would it be like to go away? To leave my life for a year? To start over? I KNEW I wanted to stop feeling the way I was feeling.

I researched exchange programs, found a guidance counselor who knew what to do, and a boy named Ben who had lived in Finland the year before. I told Dad I wanted to leave the country. He took it pretty well, after he saw how much I really wanted a change. 6 months later I was living in Finland (that’s a story for another day). 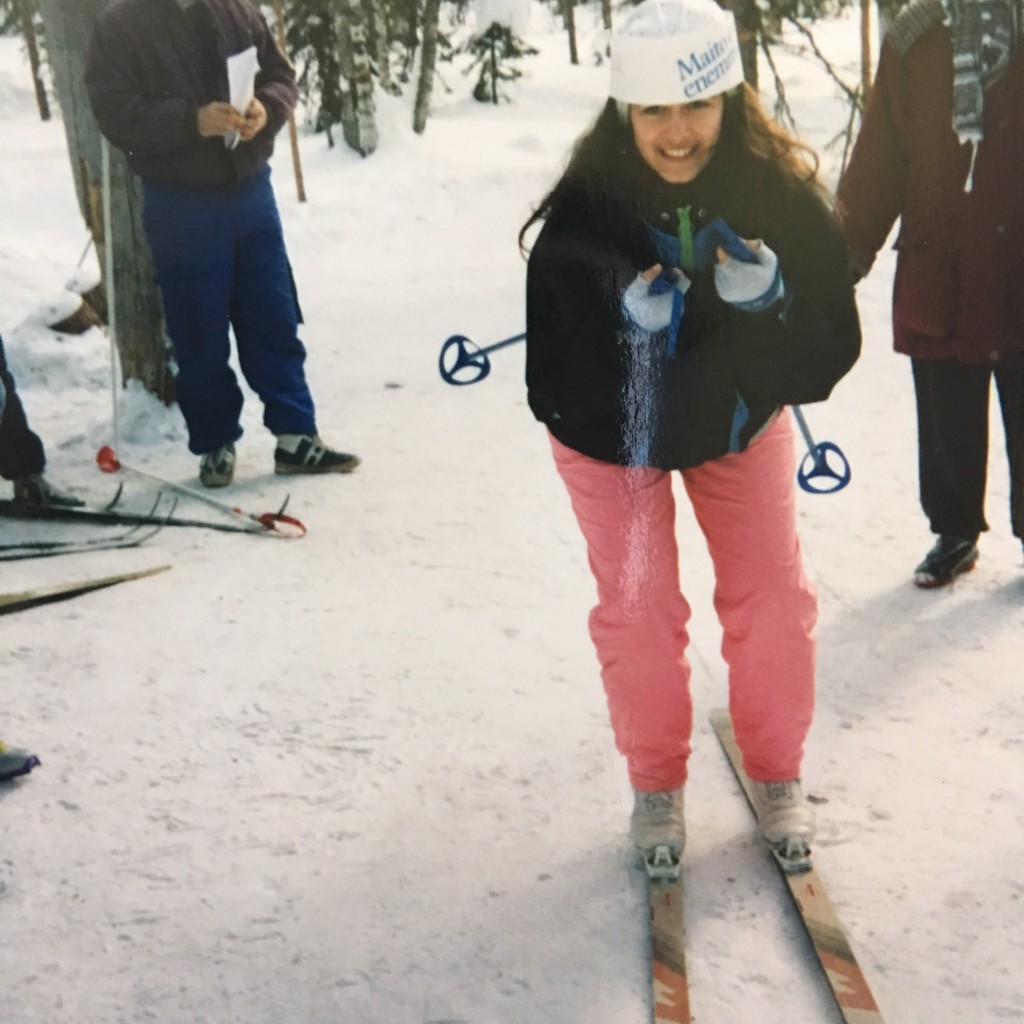 Part of me loved it, felt excited.

The other part of me was terrified. I hadn’t left my family longer than 2 weeks before. I didn’t know my host family. I didn’t speak Finnish. Chemistry in Finnish???

During that year, I faced my fears. I learned Finnish. Learned to cross country ski. I found great friends. I grew independent. I lost 30 pounds. I felt confident. And I realized, part of me felt amazingly alive living so out of my comfort zone.

What can you do to MOVE through your fear?

Fear comes up anytime we’re creating something new. Be that a painting, a book, a new job, a relationship. It doesn’t matter. There are 4 areas it normally shows up:

1- Your energy: You feel blah or scattered. This looks like: You don’t have the energy to get started and make decisions. Apathy.

2- Structure and boundaries: You don’t have them or are too controlling. This looks like: burn out, distraction, judgment and overwhelm

3- You’re creatively/spiritually blocked: You can’t decide what to do. You’re not inspired or connected. This looks like: You don’t trust yourself to make decisions or take action. You mull it over, pray, ask for signs and wait.

4- Unfocused: You don’t complete what you start. This looks like: Starting something new again. Shiny Object Syndrome.

We all get stuck in 1 of these areas. Underneath feeling scattered, distraction, getting busy, working hard, mulling decisions over, starting something else, is fear. Fear of intimacy. Fear of commitment. Fear you might screw up. Fear that holy moly you might actually do something AMAZING and then what?

My fear almost stopped me from doing the most important things I’ve ever done in my life. Getting married. Having a baby. Having a 2nd baby. Painting. Writing. Dancing. Starting a business. Holding retreats & workshops. Traveling the world.

We ALL have fear. It doesn’t go away. Ever. The only thing that changes is your ability to recognize fear and to move through it even when you’re freaking out.

Here are 3 things I do to move through fear

1) know what you want and why

I knew I wanted to live in another country. I knew something HAD to change. I was hurting so much inside, I had to find myself again. I wanted to be happy again. 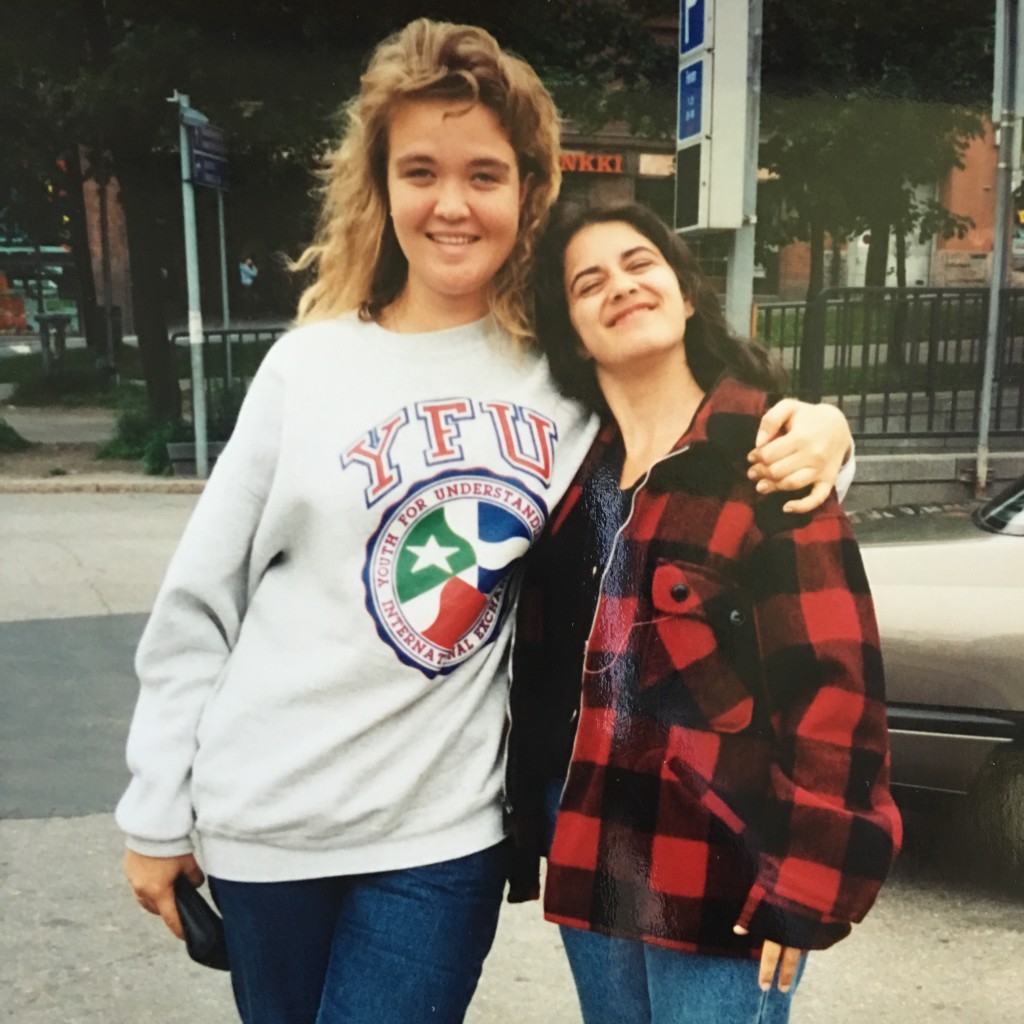 Sometimes when I speak 1-on-1 with women, they tell me they want to change the world, to help women feel more empowered, to change the education system, or to bring creativity to the world. That’s not what I’m talking about. I believe there are different levels of why. There’s a level of why where you care about other people and you want to make a change for others, but the kind of why won’t necessarily get you moving.

Q: What do you want? What is your selfish why?

2) break it into bite-size pieces

I had no idea what I had to do in order to be an exchange student. If someone sat me down and told me everything at once, it would have been overwhelming. Too much. Luckily I had a guidance counselor.

Many times you don’t move because you’re focused on the big vision. And it scares the crap out of you. You’re too overwhelmed or don’t know how to get started. Instead of looking at the huge picture, look at the 1 step that is right in front of you. And if that one step feels overwhelming? Break it down. (Cue M.C. Hammer dance)

Monday during a coaching session, one of the women talked about decluttering her email inbox. The thought of it was completely overwhelming. 2000+ emails. So we broke it down. 15 minute chunks of time. Not overwhelming. Do-able.

Q: What is your 1 next step? How can you break it down so it is as easy as possible?

I would not have gone if it weren’t for Ben, the guy who went to Finland the year before. I knew because he had done it, I could do it too. When I got scared, he knew what to do next. He even taught me some Finnish so I could speak a little when I arrived. He had my back. When I got there I had an exchange student mentor. 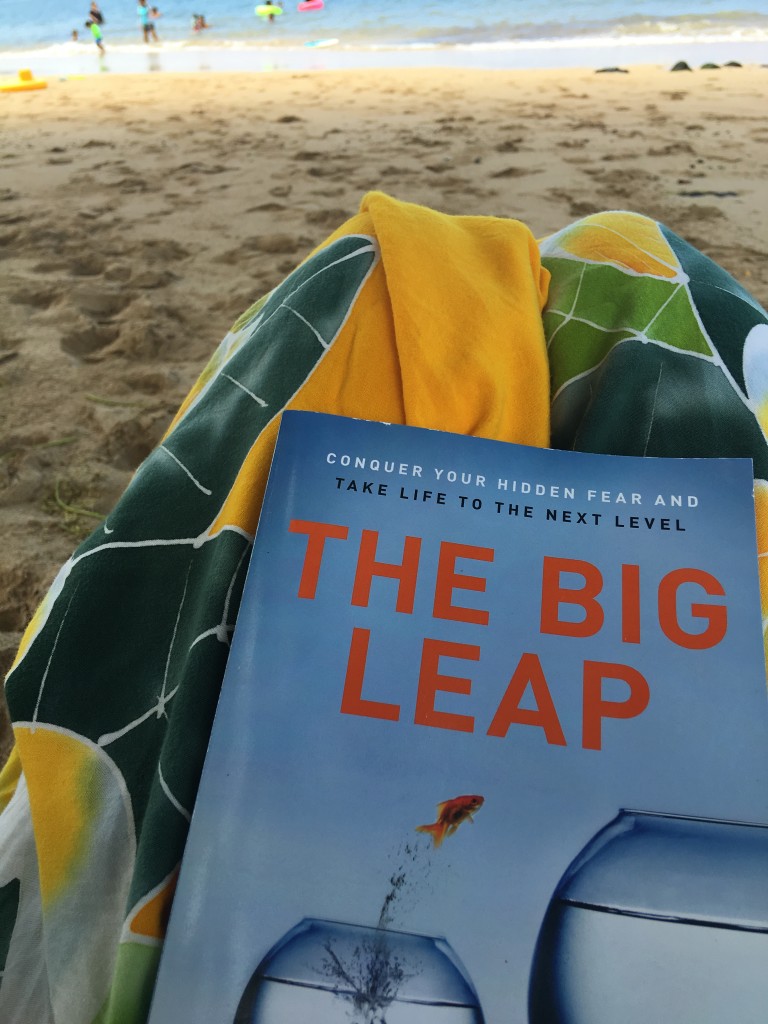 This is such a big piece. I talk to women who think they can do it on their own. You can’t. The reality is you have a comfort zone. It feels good. It feels safe. You can push yourself with inspiration and excitement up to a certain point, but when fear comes and your mind starts telling you of all the reasons why you shouldn’t be doing something, you’re going to stop. Unless you have someone to keep you moving. You need to have someone that believes in you. Someone who isn’t afraid to tell you when you are being delusional or caught up in your own story. Someone who can hold that vision.

The only way to move past your comfort zone, is to have support and accountability. You’re like a thermostat. You’re used to a certain temperature and you won’t go above that. When you start to do better or grow more, you hit the upper edge and your subconscious brings you back down. In his book, The Big Leap, Gay Hendricks calls this your Upper Limit Problem. When you hit your Upper Limit, you back off, back down, come up with an excuse to do something else, find a shiny object, get in arguments, get sick, in other words self sabotage. You need people to keep you from Upper Limiting yourself.**

Q: What do you do when you hit your upper limit problem? Who keeps you moving forward?

**If you want a support system to keep you moving forward on what’s most important to you, consider joining me this year in the Protective Creativity Program. I have a 2 spots left for women who are ready to stop upper limiting themselves. Leave me a message.

Share below. Where is fear pointing you? Which of these three areas stop you and what are you going to do to stop stopping?

Facebook Comments
Filed Under: Happiness, Intuition, Life Purpose
← energetic log jam
this is it. do what you love now. →