Finding the courage to take the 1st step

You know what its like to want something so bad, but when it comes down to it, you can’t do it?

Ask for the raise,

Ask for the sale,

Leave him for good,

Go on the date,

Say yes… to your heart.

I know what its like to be paralyzed with fear, unable to move forward. 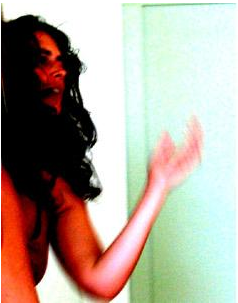 15 years ago I took my White Belt Nia Training. I took it just for me. This was a week to do something my heart yearned for. At the end they said you could teach. I wanted to, but didn’t want to. I felt excited and terrified all at once, so I did the best I could… I signed the forms to teach but thought I could still back out if I wanted… after all the payment was month to month.

I returned home and although I wanted to teach, I just couldn’t. I didn’t know where to start, what to do. My mind was racing… I never taught before, what if I messed up? Why would anyone want to take a class from me? So I just shelved it. I stopped thinking about it. I got busy. That worked until….

My Nia teacher France Laude Gohard found out I had signed up to teach. She must have sensed my terror. She asked me to teach 1 song in a NiaJam (lots of teachers, lots of fun). I was so scared but I thought, I can do 1 song. That was my mantra… just 1 song, just 1 song.

So I spent hours upon hours learning the 1 song. The day came and I was first up. That morning I felt like throwing up, but when the music cued up and I stood in front of the class, I did it… just like I practiced. Afterwards I felt joy and relief.

A couple weeks later France-Laude asked me to sub half her class. She needed help (wink wink). I couldn’t really say no. So I learned 4 songs, enough to cover half her class. And a couple months later when a Nia instructor told me they were moving and needed someone to teach their Monday evening class, I had enough courage to say Yes.

That courage built up. Choice after choice, class after class.

It would never had happened if my mentor didn’t see I needed a push and got me moving. Since that push, I’ve taught 12 classes a week, gyms filled with students, workshops and rented my own space. I use my movement practice in my private coaching and still teach classes 3x a week because it feels so good.

Can you imagine what I would have done if I didn’t learn that first song? Nothing.

Where are you holding back?

Missing the courage and confidence to make the choices you really want to make?

Share below. Let’s get you taking that first step.

Facebook Comments
Filed Under: Happiness
← Be the Youest You You Can Be
Change the Bad Mojo Tape in Your Head →