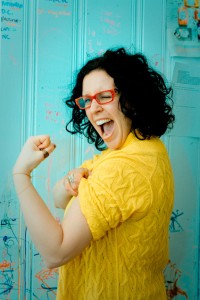 Jill Salzman is currently growing her third entrepreneurial venture, The Founding Moms, the world’s first and only kid-friendly collective of monthly meetups for mom entrepreneurs.

A graduate of Brown University and law school after that, she started Paperwork Media LLC, a music management firm and her first entrepreneurial venture. (Her parents still wonder why she opted for the music business over the seductive and alluring career of a bankruptcy attorney.) She went on to create The Bumble Brand, LLC, to sell Bumble Bells, audible anklewear for the newest of human beings (she sold it in 2011.) Having built two successful companies, she launched The Founding Moms to connect mom entrepreneurs around the globe with one another.

A sought-after speaker, Jill has been featured in national media outlets including CNN’s Headline News, People Magazine, The Chicago Tribune, Daily Candy Kids, Business Matters, WGN TV and WAHM Talk Radio. Her TED talk, Why Moms Make The Best Entrepreneurs, received rave reviews. She was recently named one of the Top 50 Women To Watch In Tech. Jill’s been profiled in several books: The Solopreneur Life: 42 Solo-Business Owners Speak the Truth on Dreaming Big, Failing Forward, and Calling Your Own Shots, A Cup of Cappuccino for The Entrepreneur’s Spirit, Volume II, CRAVE Chicago and was recently featured in a film on social media. Jill currently writes for NBC5′s small business blog, Inc. Well, and she’s been published in The New York Times and eHow.com. She released her first book, Found It: A Field Guide for Mom Entrepreneurs, published on January 12, 2012 through Piggott Press.

In her spare time, Jill enjoys kloofing, traveling to small towns, and erasing her daughters’ crayon artwork from the kitchen walls.